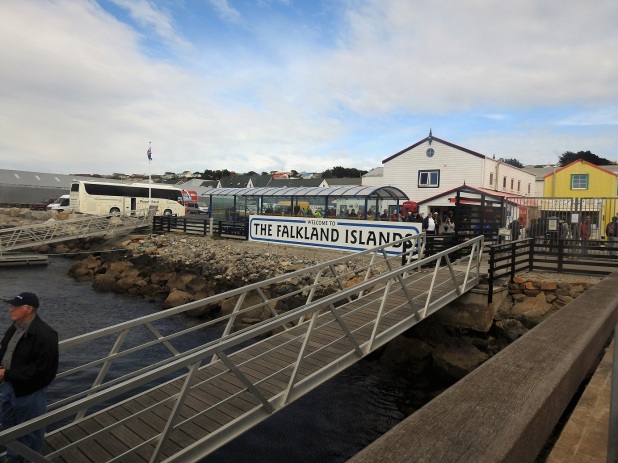 After another day at sea yesterday, this morning, 6 March, we arrived in the Falkland Islands where we used tenders to reach Port Stanley.  We split up for the first excursion as I wasn’t particularly interested in going to see the battlefields, which turned out to be just some unmarked hills.  (So I don’t feel that I missed out on much there!)

Later, we joined up on the shore for another tour (which in retrospect we could have done on our own) around the town and were dropped off at the Historic Dockyard and Museum.  Unfortunately, this meant that we had to miss out on visiting the penguin colony as it was quite a distance from the ship. 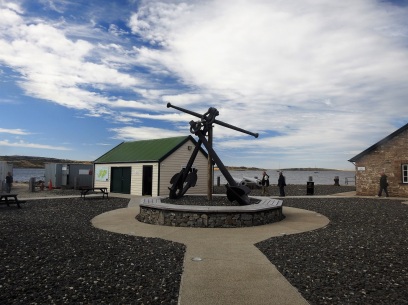 The museum was interesting with film, audio and interactive displays showing how the Islanders were affected when they found themselves in the middle of a war in 1982.  The Falklands have also been the key to the exploration of Antarctica and the southern ocean and the centerpiece of the gallery is the Reclus Hut which served as a home to a survey team from the Falklands in the 1950’s. 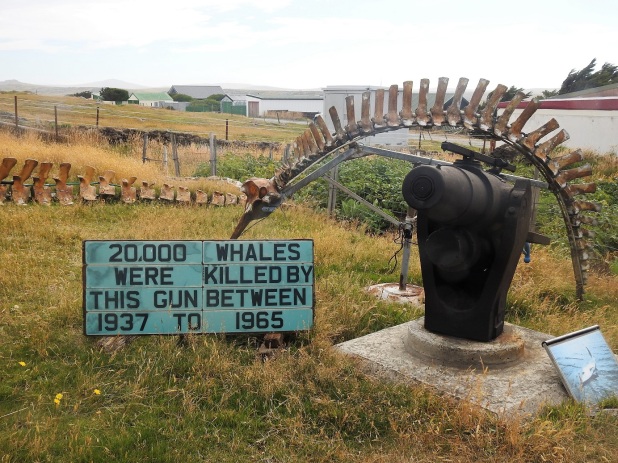 The Islands lie 350 miles off the southern tip of Argentina, but the food and the people are very British.  I spoke to some English ladies who have lived in the Islands all their lives, and even though they had all travelled to England, much preferred to live in the Falklands.  I found it very isolated and boring, to be honest.  Happy to say that I’ve seen it and to move on!