New York signaled the end of the third leg of our journey around the world, and a number of passengers disembarked, including our captain and chief engineer.

The ship made her way up the Hudson River in the very early hours of the morning and when we awoke, we were just making our final approach in to the Manhattan cruise terminal. New York City was right at our door! Which is the reason we had cancelled our Princess excursion and went on online and booked a Hop-On Hop-Off Water Taxi Cruise which included a 9/11 Memorial Ticket.

Anyway, we had a busy day ahead and we started off by hopping off at Battery Park, where we walked to the 9/11 Memorial. It consists of two pools set where the original Twin Towers used to stand. Thirty foot waterfalls cascade into the pools, each then descending into a centre void. The names of the victims are inscribed in bronze around the pools. The rebuilding of the World Trade Centre is going on around the memorial and museum currently, so there is some security to go through until the buildings are all finished. It is a very moving tribute and was a “must see” for us to pay our respects.

We then hopped back on the water taxi for the other highlight of NYC – which of course included the Statue of Liberty and Ellis Island. What can I say – a dream come true to finally see her! We also saw the Wall Street Bull as we walked up Wall Street and all the theatre crowds gathering later in the day as we strolled along Broadway. You have to remember to look up – so many skyscrapers! We had a hot dog from one of the many stands around town, as we walked up Avenue of the Americas and caught a NYC cab to Michaels, a shop I was interested to see because it is well known for its arts and crafts. We then made our way to the Cake Boss’s newest shop – a cupcake was a must and we met Buddy’s sister there, which was a perfect photo opportunity! Brooklyn Bridge, the Chrysler Building … so many iconic sites – everywhere you look there is something that you remember from the movies or television. I found it a very exciting place to explore.

By this time it was getting a bit late and we had been warned by the cruise lecturer that the city gets very busy from mid afternoon and to start thinking about getting back to the ship after 3.00pm. Meanwhile we found ourselves right at the Empire State Building, and much as we wanted to go to the top decided not to risk it, so grabbed a cab and made our way back. (Just getting in a NYC cab was another experience to tick off.)

We had a wonderful time and will definitely be back. A very easy city to find your way around and we look forward to seeing Central Park, getting on the Metro and of course going to the top of the Empire State Building that we didn’t have time to do this time around. 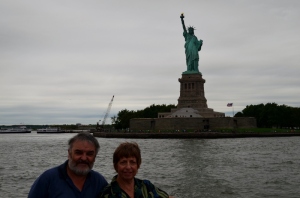 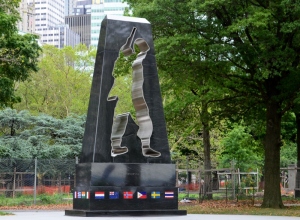 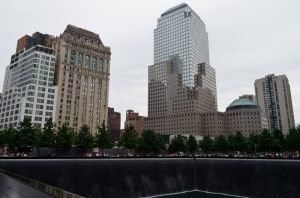 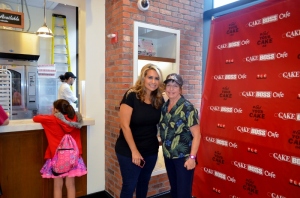