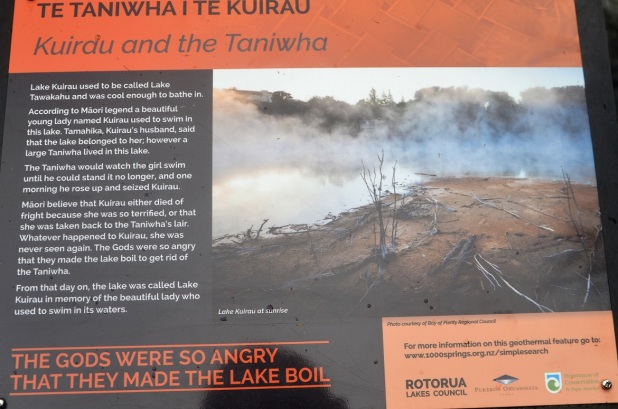 Rotorua is a place of myths and legends and we enjoyed hearing some of them whilst we travelled around, as a way of understanding the local way of life.  Here is a legend about the boiling lake in the local public park.  In case the writing on the sign is hard to read, it basically goes like this:

Back when the lake was cool enough to bathe in, it was called Lake Tawakahu and a beautiful young lady named Kuirau used to swim there.  Kuirau’s husband said that the lake belonged to her, but a large Taniwha (sea monster) lived in this lake and one day seized her.  It’s not known whether she died of fright or was taken back to Taniwha’s lair, but she was never seen again.  The Gods were so angry that they made the lake boil to get rid of the Taniwha.

From that day on, the lake was called Lake Kuirau in memory of the beautiful lady who used to swim in its waters. 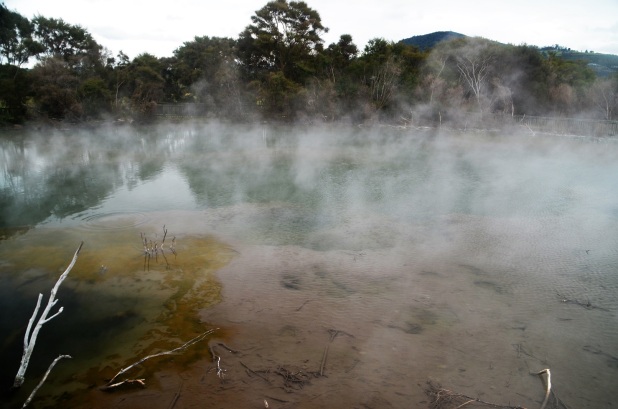 On our first day in New Zealand, we were driving around Rotorua with the intention of stocking up at the supermarket, when our attention was drawn to steam rising from the park.   This was Kuirau Park, a free site where you can stroll along the boardwalk quite close to the steaming, hissing, bubbling activity, located surprisingly close to the city centre. 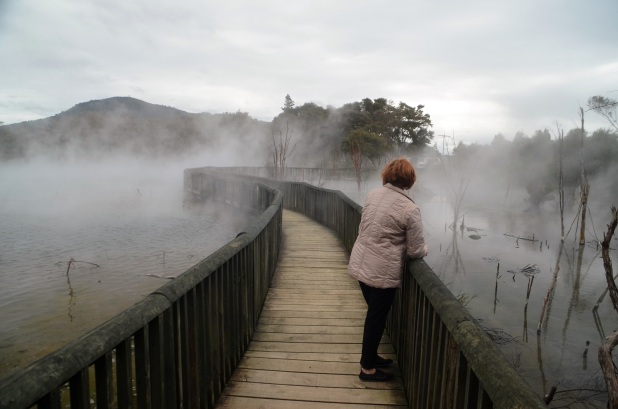 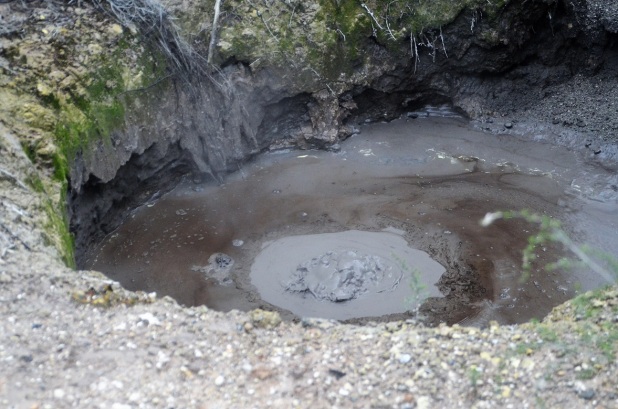 As we were driving off, we noticed steam rising from a few backyards nearby and steam puffs from gutter drains on the edge of the road.  A very unusual sight.