Although Lisbon possesses few outstanding wonders, it is a very pleasant city. The port is situated at the mouth of the Tagus River and we sailed underneath the 25th of April Bridge, passing the Cristo Rei Statue. The bridge employs the same engineering principles used to build the Golden Gate Bridge and is named for the date in 1974 when a bloodless revolution restored democracy by overthrowing the regime of Salazar.

After passing through the city’s financial district of Balxa, we made our way to the gorgeous beach resort of Estoril. This charming town is home to Estoril Casino, the largest casino in Europe. It is reputed to have been a clandestine meeting place for spies during WWII as well as the inspiration for Ian Fleming’s James Bond novel, Casino Royale.

The Monument to the Discoveries built in 1960 is surrounded by a tiled floor, forming an interesting optical illusion, either flat or going up and down, depending which way you look at it.

On our return to the capital, we spent the next few hours walking around the city admiring the architecture. Wehappened across a craft and flea market and then found the Military Museum. Rebuilt in 1760 following the great earthquake of 1755, apart from the extensive military collection it also houses one of the most valuable collections of historic paintings. The rooms were huge and beautifully decorated and opened out into a central internal courtyard, with walls covered in a Portuguese tile collection dating from past centuries. This courtyard housed the canon collection. (No cameras allowed!)

An interesting city, ancient – yet modern in its post-earthquake city planning, and it was very enjoyable to explore. 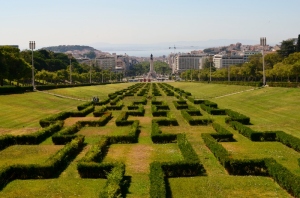 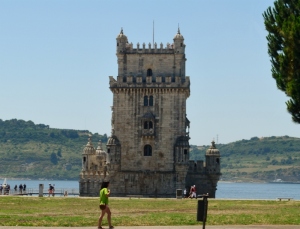 Monument of the Discoveries

Monument of the Discoveries 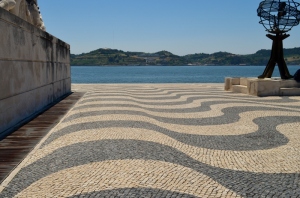 One thought on “Portugal”

Feather Stitching
Ever The Crafter